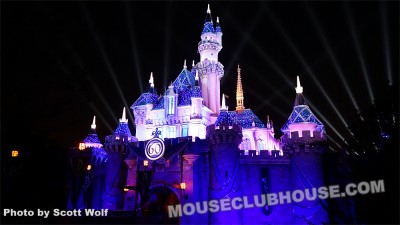 I hope you enjoy these excerpts from interviews I did with people who were at Disneyland on its opening day on July 17, 1955.
Don’t miss any of my interviews. Send an email and let me know you want to be on my email list!

1:26 Harriet Burns, of the Imagineering model shop, talks about having to be at various positions in Disneyland on its opening day; Crowds and counterfeit tickets and heat; Melting asphalt; The day before Disneyland opened there was a gap in Tomorrowland; The Disney staff’s thoughts about Disneyland

4:41 Cubby O’Brien was a very young boy debuting as a Mickey Mouse Club Mouseketeer at the opening day of Disneyland

8:25 Bobby Burgess danced with the other Mouseketeers on Disneyland’s opening day and it was hot; Disneyland parade; A special memory of riding the Skyway a few years later

10:31 Sculptor Blaine Gibson attended Disneyland’s opening with his wife; The heat; Blaine’s assistant Jack Ferges did not have a good experience

12:10 Marketing guru and president of Disneyland, Jack Lindquist was at the park on opening day as a guest of Kelvinator; Crowds and heat; Tickets had different times on them but the guests didn’t leave; Jack’s five year old son had an experience on the Canal Boats attraction; Eddie Meck was the publicity person for Disneyland; Jack knew Eddie Meck since he was a kid; Eddie Meck helped turn upset members of the press into fans of Disneyland

16:43 Miriam Nelson choreographed the performances for Disneyland’s opening day; Choosing a white knight and black knight for the opening of the drawbridge of Sleeping Beauty castle; Dancers got lost; New Orleans dance problems; Little boy tap dancer was not at his spot; The characters at the opening of Fantasyland; Frontierland was supposed to have cement for dancers who danced to “Bang! Went Old Betsy”; Walt Disney